The Legal Risk of Rolling Stops in California 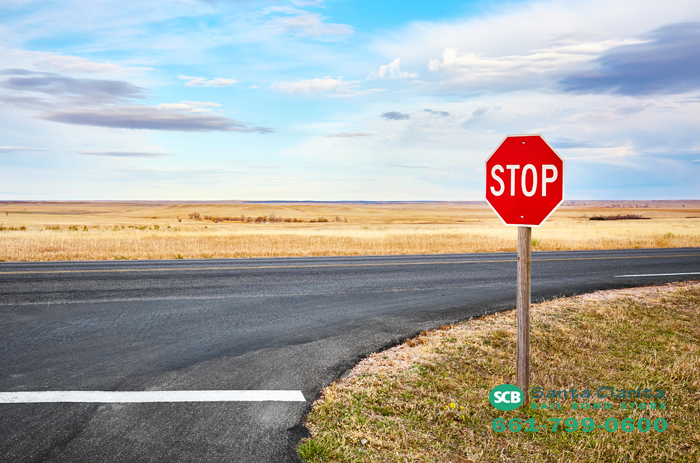 09 Oct The Legal Risk of Rolling Stops in California

ou approach a stop sign. You step on the brake, slowing your vehicle. You look both ways and see that there’s no oncoming traffic. You drive through the intersection without completely stopping your vehicle. This is called a rolling stop. It’s a traffic violation that can cause you a great deal of grief.

The Problem with Rolling Stops

As a licensed driver, you’ve entered into a kind of unspoken agreement with the State of California that you’ll come to a complete stop each time you’re confronted with a stop sign or red stoplight. The problem with a rolling stop is that they can quickly become a dangerous habit. A large majority of traffic accidents are caused by rolling stops, particularly rolling stops that include a right turn on red. Failing to come to a complete stop means you also fail to give yourself enough time to fully assess the intersection. Most of the drivers who have been involved in rolling stop accidents are startled when they suddenly find themselves sharing the intersection with a pedestrian or cyclist.

The Legal Consequences of Making a Rolling Stop in California

If you’re caught making a rolling stop, you can expect the resulting ticket to include a $238 fine. One point will also be added to your driving record.

Paying for the ticket is just one way your failure to yield completely for a stop sign or red light. You should also expect that your insurance company will learn about the traffic infraction. The insurance adjuster will likely assume that you routinely make rolling stops and will increase your monthly insurance premiums. Having a single rolling stop on your driving record could lead to a 19% increase in your insurance payment. Some insurance companies could even use the violation as an excuse to drop you as a customer.

If you’ve received a ticket for making a rolling stop, there are two ways you can minimize the damage. You could go to court and try to prove that you did bring your vehicle to a complete stop. If you’re able to convince the judge that the police officer made a mistake, they could strike the traffic infraction from your record.

If going to court doesn’t work, your other option is attending traffic school. It’s not fun, but getting the refresher course can remove the additional point from your record while also providing you with a useful refresher on defensive driving.

A surprising number of drivers who are ticketed for making a rolling stop are surprised. They swore they were coming to a complete stop. The best way to make sure you are stopping is checking both ways, counting to five, checking the intersection again, and only then continuing on your drive.

It always pays to take a few extra seconds to confirm that you’re driving safely.