Fighting in Public Can Cause Problems 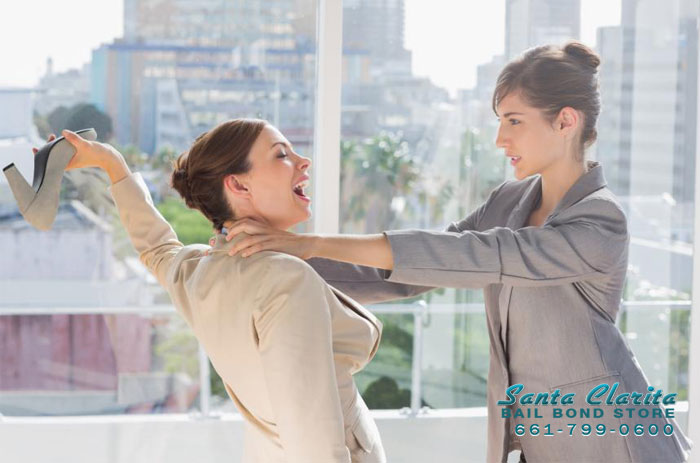 04 Nov Fighting in Public Can Cause Problems

Getting along with everyone can be difficult. After all, everyone has different beliefs and opinions. However, just because two people don’t see eye to eye does not mean that they have to fight. Fights can lead to hurt feelings, and actual injuries if things become physical. No one wants that, or the legal consequences that can come with.

What some people may not realize is that getting into a fist fight with someone else in a public place is actually illegal here in California. In fact, anything that a person does in public that could be considered disturbing the peace can get them into trouble with the law.

Here in California, Penal Code (PC) 415 is the state’s disturbing the peace law. This law makes it illegal for a person to:

With those definitions, it is somewhat easy to see what kind of actions can get a person into trouble with this law. Basically, anything that might get someone hurt, or annoy them enough to start a fight, can be considered disturbing the peace.

Penalties for Disturbing the Peace

Here in California, PC 415 is considered a wobbler offense. This means that it can either be charged as an infraction or as a misdemeanor. This all depends on what exactly the person did.

When charged as an infraction, the person faces relatively light consequences. For instance, the person does not face any jail time. However, they do face a maximum fine of $250.

When PC 415 is charged as a misdemeanor, a person faces:

This increase in punishment on school grounds is likely due to the fact that children are nearby. They could get hurt if a fight broke out, or pickup bad habits or traits from watching adults disturb the peace.

Everyone just wants to have a peaceful life. Unfortunately, not everyone can agree on how to do that. This can quickly lead to fighting. However, every Californian should be aware of the fact that getting into a fight, especially in public, can get a person into legal trouble. It can even get a person sent to jail for a few months. That is something that nobody wants to happen.

Disturbing the peace of other people can easily get a person into trouble. Luckily, it is pretty easy to determine what counts as disturbing the peace. If a person is doing something that would annoy themselves if it were happening to them, then they probably shouldn’t be doing that thing as it could likely be considered disturbing the peace. This is the golden rule after all, do to others what you would want done to yourself.

What do you think of California’s take on disturbing the peace? Does the punishment match the crime, or do you think it should be modified? Let us know what you think in the comments below.