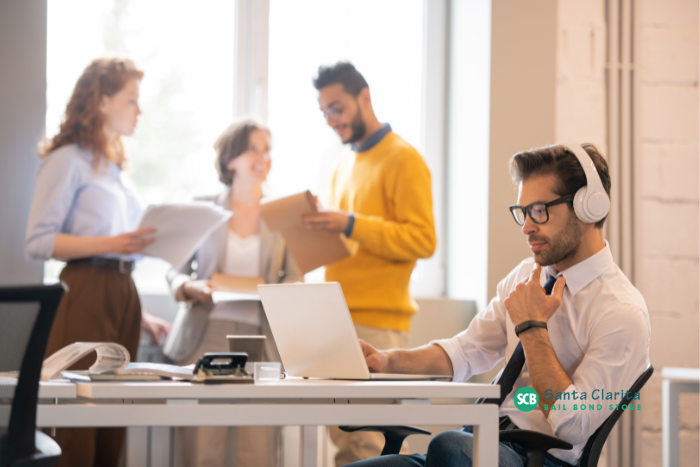 If you think that bail and a bail bond are interchangeable, you’re not alone. Many people believe the same thing. While it’s true that both bail and bail bond will get you released from jail while you wait for the conclusion of your court case, they aren’t the same thing. There are a few pretty big differences between the two.

Bail is what the court/jail needs before you’re released. With a few minor and common crimes, the jail has a pre-set bail amount. This means that you won’t need to be arraigned and that you can technically be bailed out as soon as you’ve completed the booking process. In more severe cases or situations where you’re facing multiple charges, you’ll have to go through the arraignment process, during which a judge will decide how much bail is required before you’re released.

If you or a loved one has the entire amount of the bail available and is able to post it, you’re free to go. The great thing about being able to post your own bail is that once your case is resolved, either because the charges have been dropped, you reached a plea deal, or you’ve been convicted, you’ll get the money you posted as bail back.

Bail bonds are a little different. They exist for those times when posting your own bail simply isn’t financially possible. When you can’t afford to post your own bail, you go to a company like Acton Bail Bonds and discuss the possibility of a bail bond. A bail bond is a financial promise you make with the company. You pay us a fee that amounts to 10% of the total amount of the bail bond. In exchange, we sign over the bail bond to the jail, and you’re released. At the conclusion of your case, the jail returns the entire amount of the bail bond to us. You won’t get any money back from us.

It’s true that there are many bail bond companies out there, and most offer the same type of fee arrangement as we do, but there are several reasons why you’ll be happier when you come to Acton Bail Bonds rather than turning to another bail bond agency. Reasons you’ll prefer us include:

Our free consultations are the best way to really learn the difference between bail and bail bonds. All you have to do is call 661-799-0600 or click Chat With Us now. 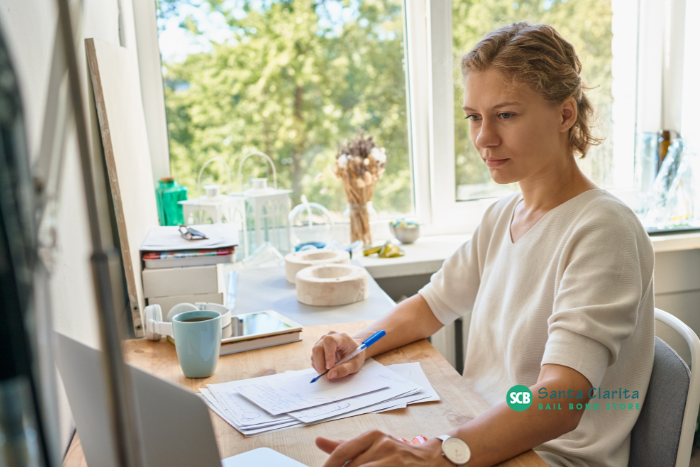 Filling Out the Bail Bonds Contract

Filling out a bail bonds contract isn’t something they teach you how to do when you’re in school. It’s an intimidating deal, partly because it’s a legal document that’s already connected to the judicial system and partly because the recent arrest of a loved one means you’re already stressed and worried about your judgment. The more money that’s involved in the process increases the amount of anxiety the contract triggers.

The first thing you need to understand about the bail bonds process is that there’s no time limit attached to it. You are allowed to spend as much time as you need to go over the bail bonds contract. Granted, your loved one will remain incarcerated until the contract is signed and the bail bond posted, but if spending an extra day in jail means that you’re comfortable with the contract, they will probably agree it’s worthwhile.

We want you to be comfortable with the contract, which is why we don’t mind if you want to discuss the contract with a lawyer. We also invite you to come to us with any questions you have about the contract. While we’re not willing to amend anything in our current contract, we are happy to answer your questions so that you have a very clear understanding of your responsibilities and financial obligations.

Being comfortable with the contract is just the first part of agreeing to be a co-signer for a loved one’s bail bond. The other thing you must understand is the conditions linked to your loved one’s release. It’s important that everyone involved realizes that if a single one of those conditions is ignored or violated, bail will be revoked, and your loved one will go back to jail.

There are several reasons why so many people who are in the exact same position as you turn to Acton Bail Bonds when they need help posting bail for a loved one. Our good communication and willingness to let you take as much time as you need to go over the bail bonds contract is just one of those reasons. Additional things you’ll love about Acton Bail Bonds include:

Consultations are always free. All you have to do to discuss your loved one’s situation with an experienced bail bonds expert is to click the Chat Now link or call 661-799-0600.